This is another famous actress with cat. Amanda Righetti (born April 4, 1983) is an American actress. She is best known for her role as Grace Van Pelt on The Mentalist, as well as her roles in Friday the 13th, The O.C. and Colony. The youngest of eight children, Righetti was born in St. George, Utah, and raised in Nevada, outside Las Vegas. Righetti married film director and writer Jordan Alan on April 29, 2006 in Oahu. On January 10, 2013, she gave birth to their son Knox Addison. Righetti was discovered in the International Cover Model Search at the age of 15 and had a career as a fashion model before becoming an actress. After securing a role in the pilot for a proposed series by the name of No Place Like Home she played a recurring character in the teen drama The O.C., was a regular in the primetime soap opera North Shore and in late 2005, Righetti starred in Fox’s drama series Reunion. Other credits include a recurring role on K-Ville, guest roles on CSI: Crime Scene Investigation and Entourage and a role in the television film, Romy and Michele: In the Beginning. In 2006, Righetti signed on to star as the female lead in horror sequel Return to House on Haunted Hill. The film was released direct-to-video in October 2007. In April 2008, she was cast as the female lead in the slasher film Friday the 13th (2009).Production ended in June 2008 and the film was released in theaters on February 13, 2009. Also that spring, Righetti was signed to the CBS series The Mentalist, in the role of Grace Van Pelt. Her 2012–13 pregnancy was not reflected in her character’s storyline, during which she was filmed using selective angles and largely limited to desk duty. In September 2011, Righetti signed with talent agency UTA. Righetti and fellow cast-member Owain Yeoman left The Mentalist after season six. Righetti stars as a divorced novelist in the 2017 Hallmark movie, Love at the Shore. 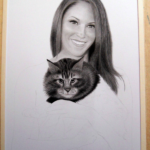 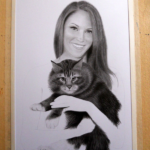 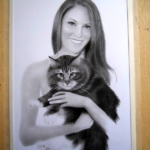