Sir Philip Anthony Hopkins, (born 31 December 1937), is a Welsh actor of film, stage, and television, and a composer and painter. After graduating from the Royal Welsh College of Music & Drama in 1957, he trained at the Royal Academy of Dramatic Art in London, and was then spotted by Laurence Olivier who invited him to join the Royal National Theatre. In 1968, he got his break in film in The Lion in Winter, playing Richard I. Considered to be one of the greatest living actors, Hopkins is well known for his portrayal of Hannibal Lecter in The Silence of the Lambs, for which he won the Academy Award for Best Actor, its sequel Hannibal, and the prequel Red Dragon. Anthony Hopkins in addition to being a great actor, for me personally, gave the face to one of the greatest horror icons of all time: the doctor Hannibal Lecter. Thomas Harris’s books are amazing and I read them regularly every year. 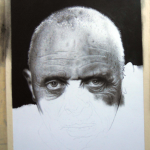 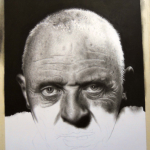 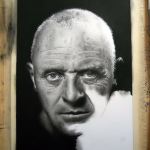 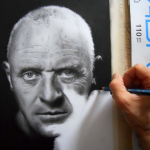