Breaking Bad is an American crime drama television series. The show’s main character is Walter White (Bryan Cranston), a struggling high school chemistry teacher who is diagnosed with inoperable lung cancer at the beginning of the series. He turns to a life of crime, producing and selling methamphetamine, in order to secure his family’s financial future before he dies, teaming with his former student, Jesse Pinkman (Aaron Paul). Breaking Bad is widely regarded as one of the greatest American television series of all time. By its end, the series was among the most-watched cable shows on American television. The show received numerous awards and  entered the Guinnes Book of Records as the highest rated show of all time. I am very fond of the character of Walter White because my father died of lung cancer. 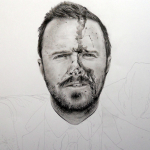 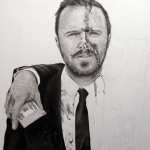 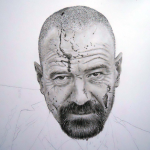 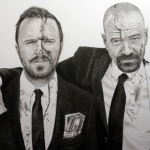