This drawing is a personal tribute to Giulia Salvi, dj to Virgin Radio Italy. When I draw I always listen to the radio and Virgin Radio is my favorite radio. Julia is a very talented DJs who work in this radio. Giulia Salvi is an Italian television personality and radio host. Giulia Salvi was born in Modena on 3 October 1987. In 2005 he began a career as a model. In 2007 he made his debut as a vj conducting Official Indie Chart (become then All Music Loves Indie) and Off Live on All Music. In 2008 she became one of the official entries of Virgin Radio Italy translated into Italian some of the most important rock songs in Rock daily pills in Rock in Translation and creating numerous interviews including: Thirty Seconds to Mars, Skunk Anansie, Bon Jovi, Ben Harper, Green Day, Aerosmith and Alice Cooper. Also in 2008 Gulia began his dj career by participating in various events of action sports, summer tours of automotive brands in addition to numerous performances at various Italian clubs. On 30 November 2009 debuted the program Virgin Generation conducted together with Andrea Rock. In 2010 comes Virgin Radio Television, where Giulia leads the tv version of Rock in Translation and Virgin Generation. In August 2010 she participated in the transmission Matrix at the release of the DVD Amiche per l’abruzzo with various speeches that called attention to the success of the charity event. The 21 June 2010 led on Virgin Radio, together with Paola Maugeri, Amiche per l’abruzzo; the first event in the history of radio broadcasting from 12 national networks unified. Giulia was among the many participating presenters to interview numerous singers including Laura Pausini (creator and promoter of the project), Gianna Nannini and Fiorella Mannoia. From 2013 collaborates with the 105 Zoo radio program as a presenter in a series of skits voice calls Rocco in Translation, parody of Rock program in Translation of Virgin Radio Italy, run by the same Giulia Salvi. 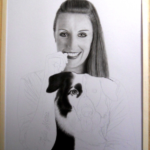 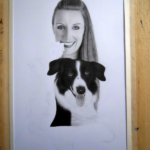 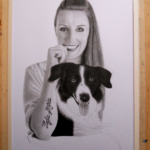 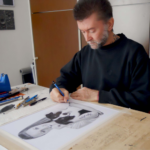