This is another drawing of Black cat series. I like the idea of putting together famous actresses and cats. This time the actress is Megan Fox. Megan Denise Fox (born May 16, 1986) is an American actress and model. She began her acting career in 2001, with several minor television and film roles, and played a regular role on the Hope & Faith television sitcom. In 2004, she made her film debut with a role in the teen comedy Confessions of a Teenage Drama Queen. In 2007, she co-starred as Mikaela Banes, the love interest of Shia LaBeouf’s character, in the blockbuster action film Transformers, which became her breakout role. Fox was nominated for an MTV Movie Award in the category of “Breakthrough Performance”, and was also nominated for three Teen Choice Awards. Fox had signed on for two more Transformers sequels.  Fox reprised her role in the 2009 sequel, Transformers: Revenge of the Fallen. Later in 2009, she starred as the eponymous lead in the black comedy horror film Jennifer’s Body. In 2009, Fox had her first lead role since the Transformers series; she portrayed the title character in Jennifer’s Body, written by Academy Award–winning screenwriter Diablo Cody. In 2012, she appeared briefly in Sacha Baron Cohen‘s comedy The Dictator.  Fox is also considered one of the modern female sex symbols and has appeared in magazines such as Maxim, Rolling Stone and FHM. Fox began getting tattoos at age 19, as a form of self-expression, and has eight known tattoos, including her husband’s name “Brian” on her lower hip, a picture of Marilyn Monroe’s face on her right forearm, which she got removed in a series of laser surgeries that she has called incredibly painful, and a crescent moon overlapping a five-pointed star above her right ankle; this tattoo is the only known colored tattoo that Fox has. 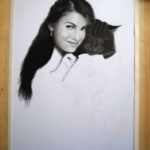 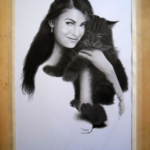 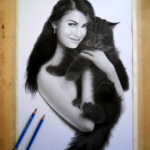