Lon Chaney (April 1, 1883 – August 26, 1930), born Leonidas Frank Chaney, was an American actor during the age of silent films. He is regarded as one of the most versatile and powerful actors of early cinema, renowned for his characterizations of tortured, often grotesque and afflicted characters, and his groundbreaking artistry with makeup.Chaney is known for his starring roles in such silent horror films asThe Hunchback of Notre Dame (1923) and The Phantom of the Opera (1925). His ability to transform himself using makeup techniques he developed earned him the nickname “The Man of a Thousand Faces.” Both of Chaney’s parents were deaf, and as child of deaf adults, Chaney became skilled in pantomime. He entered a stage career in 1902, and began traveling with popular Vaudeville and theater acts. The time spent there is not clearly known, but between the years 1912 and 1917, Chaney worked under contract for Universal Studios doing bit or character parts. His skill with makeup gained him many parts in the highly competitive casting atmosphere. During the winter of 1929, Chaney developed pneumonia and died of a throat hemorrhage on August 26, 1930. 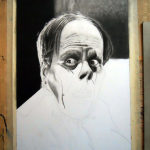 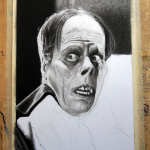 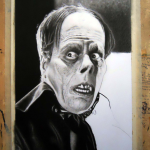