Rosario Dawson (born May 9, 1979) is an American actress, singer, and writer. Dawson was born in New York City, New York. Her mother, Isabel Celeste, is a writer and singer who is of Puerto Rican and Afro-Cuban descent.  As a child, Dawson made a brief appearance on Sesame Street. At the age of 15, she was subsequently discovered on her front porch step by photographer Larry Clark and Harmony Korine, where Korine lauded her as being perfect for a part he had written in his screenplay that would become the controversial 1995 film Kids. She went on to star in varied roles, ranging from independent films to big budget blockbusters including Rent, He Got Game, and Men in Black II. She starred as Becky in 2006’s Clerks II, and mentioned in Back to the Well, the making-of documentary, that the donkey show sequence was what made her decide to take the role. She also appeared in the adaptation of the graphic novel Sin City, co-directed by Robert Rodriguez and Frank Miller, portraying Gail, a prostitute-dominatrix. Also in that year, she appeared in a graphically violent scene in the Rob Zombie film The Devil’s Rejects. Though the scene was cut from the final film, it is available in the deleted scenes on the DVD release. In my personal opinion, the role of the prostitute Gail in the movie Sin City is memorable: “Shoot me now or get the hell out of my way.” 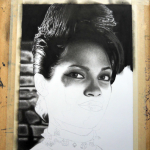 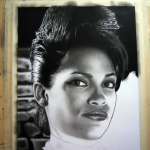 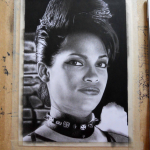