Sir Alfred Joseph Hitchcock,  (13 August 1899 – 29 April 1980) was an English film director and producer. Often nicknamed “The Master of Suspense”, he pioneered many techniques in the suspense and psychological thriller genres. After a successful career in British cinema in both silent films and early talkies, renowned as England’s best director, Hitchcock moved to Hollywood in 1939 and became a US citizen in 1955. Over a career spanning more than half a century, Hitchcock fashioned for himself a distinctive and recognisable directorial style. He pioneered the use of a camera made to move in a way that mimics a person’s gaze, forcing viewers to engage in a form of voyeurism. Hitchcock directed more than fifty feature films in a career spanning six decades. Psycho is almost certainly Hitchcock’s best-known film.Produced on a constrained budget of $800,000, it was shot in black-and-white on a spare set using crew members from his television show “Alfred Hitchcock Presents”. The unprecedented violence of the shower scene, the early death of the heroine, the innocent lives extinguished by a disturbed murderer became the defining hallmarks of a new horror movie genre and have been copied by many authors of subsequent films. Hitchcock died at age 80 in his Bel Air home of renal failure. 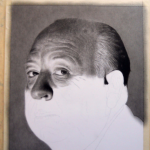 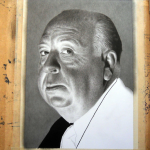 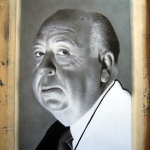