Léon: The Professional (French: Léon; also known as The Professional) is a 1994 English-language French crime thriller film written and directed by Luc Besson. It stars Jean Reno and Gary Oldman, and features the motion picture debut of Natalie Portman. In the film Leon (Reno), a professional hitman, reluctantly takes in 12-year-old girl Mathilda (Portman), after her family is murdered by corrupt Drug Enforcement Administration agent Norman Stansfield (Oldman). Léon and Mathilda form an unusual relationship, as she becomes his protégée and learns the hitman’s trade. In my personal opinion, “Leon” is the French film most beautiful i have ever seen. The interpretation of Jean Reno and Natalie Portman is really moving. There are no words to describe the movie, you must see it. 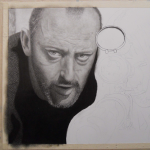 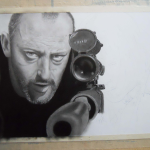 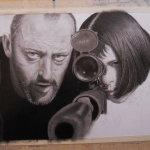