Peter Frederick Weller (born June 24, 1947) is an American film and stage actor, television director and art historian. Weller has appeared in more than 70 films and television series, including turns as the title characters in blockbuster hit RoboCop and its sequel RoboCop 2, and the cult classic The Adventures of Buckaroo Banzai Across the 8th Dimension. He has also appeared in such critically acclaimed films as Woody Allen’s Mighty Aphrodite, the Oliver Stone-produced The New Age and David Cronenberg’s movie of William Burroughs’s novel Naked Lunch. He received an Academy Award nomination for his direction of the 1993 short Partners, in which he also acted. In television, he hosted the show Engineering an Empire on the History Channel. He also played Christopher Henderson in the fifth season of 24 and Stan Liddy in the fifth season of the Showtime original series Dexter. Since 2012, Weller has been involved in the A&E (now Netflix) series Longmire both as as a director and an actor. On June 24, 2006, he married longtime girlfriend and actress Sheri Stowe at the Santa Maria Assunta church in Positano, Italy. It was also Weller’s 59th birthday. Guests among the wedding were Carrie Fisher and Marg Helgenberger. 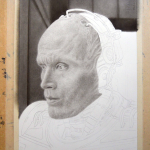 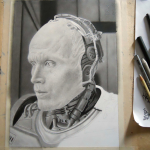