Pauley Perrette (born March 27, 1969) is an American actress, best known for playing Abby Sciuto on the U.S. TV series NCIS. She is also a published writer, a singer and civil rights advocate. Perrette was born in New Orleans and raised all over the southern United States. She has worked for years in television and film, mostly doing commercials, voice-overs, music videos and short films, and worked as a bartender in New York City. It was while working odd jobs in New York that a friend introduced her to an advertising agency director. In 2001, as a recurring character introduced in season two of Special Unit 2, she played Alice Cramer, the Unit’s public relations person. She then landed her current role, playing Abby Sciuto, an eccentric forensic scientist, on NCIS, a TV series based on the Naval Criminal Investigative Service. The character Abby Sciuto was created by Donald P. Bellisario, who wanted to create a character who was seemingly an ‘alternafreak,’ while portraying her as perhaps the smartest, most capable person on television. 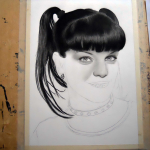 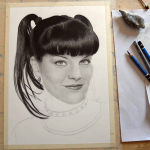 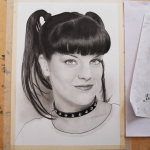